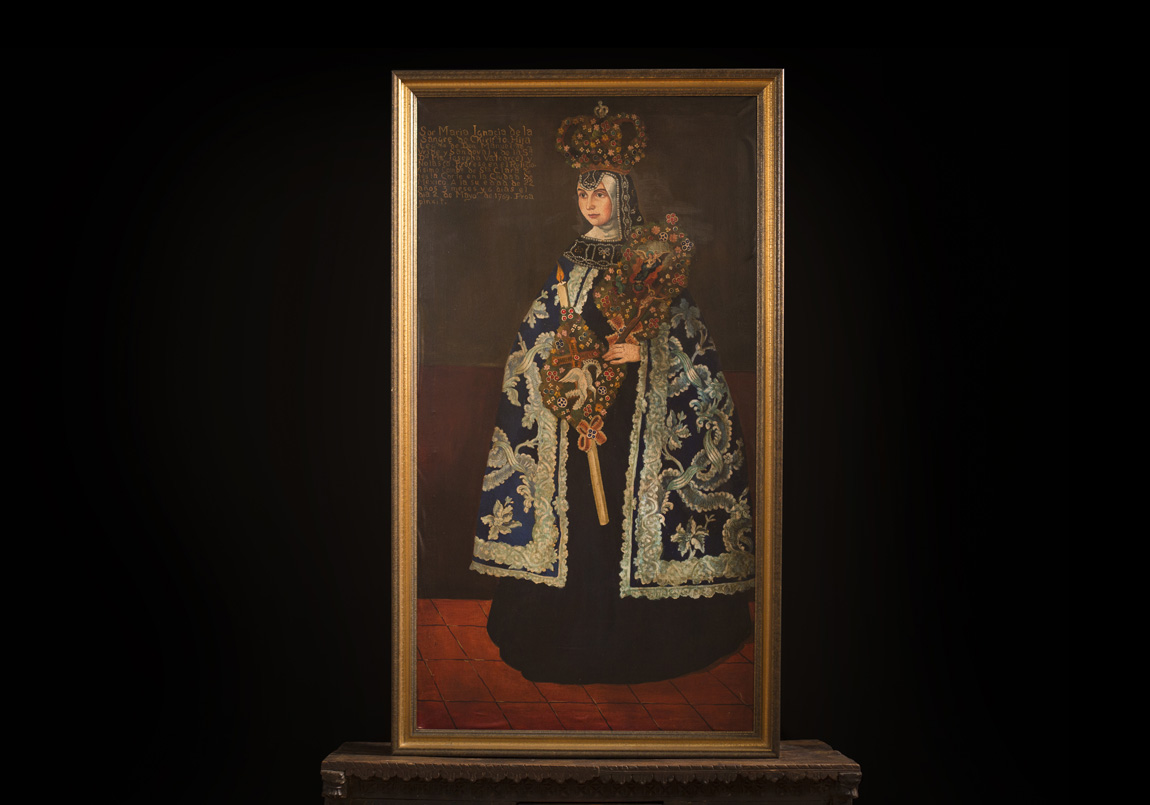 From the works of Joseph Alcivar covering 1751 to 1801. “Sister Maria Ignacio of the Sangre de Cristo” oil on canvas 63″x35.5″.
He is credited with the shape of the five alters that adorned the chapel of San Nicolas Tolentino, at the Royal Hospital for Indians, which were made in 1781.